Your Questions: When in doubt, compete! 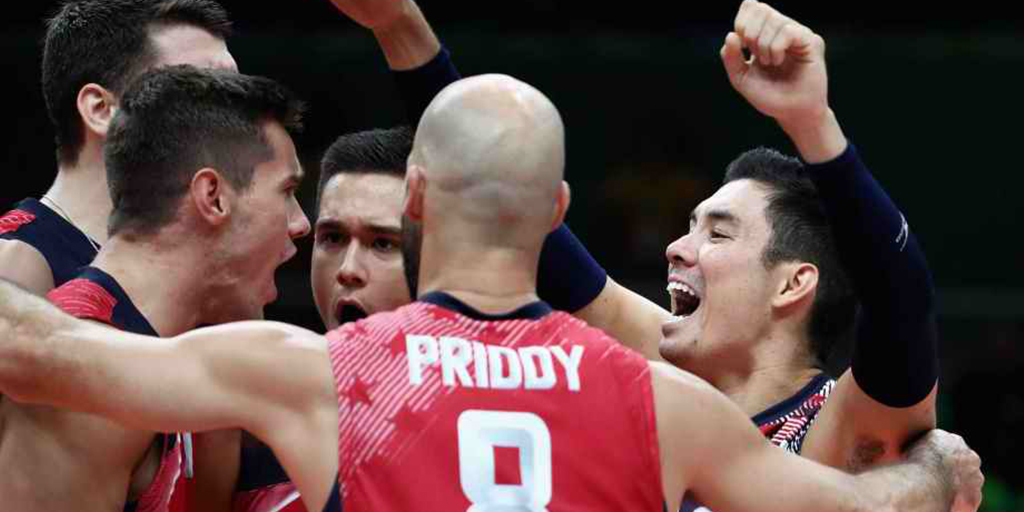 YOUR QUESTIONS: WHEN IN DOUBT, COMPETE!

Reid what did you do during a match if everything isn’t going as you wish? What did you say to yourself or did you had a special ritual? To get you back on track?

As mentioned in the previous post on break-thru during plateaus, if something isn’t going well, apply your focus to other areas of your game.  In 6-man volleyball, there are always ways to contribute and another teammate can pick up the slack.  I remember back to the World League Finals in 2008.  We were playing against Serbia for the Gold Medal and they had clearly spent their entire game-prep on how they would try and stop Clay Stanley; he was our most powerful weapon.  In the first 3 sets, they did an effective job, and Clay couldn’t get anything past the block.  Our team continually encouraged Clay to keep his head up and keep swinging.  In the meantime, the rest of us had to put some balls away.  It was a great example of teamwork and Clay never got discouraged.  By the time we reached the 4th set, being up 2-1, Clay went something like 8 for 8 in the final half of that set killing every ball that came his way!

Wouter, I won’t call it a ritual, but what I notice is that when things aren’t going well, it is our human tendency to become inward focused. That is never a good place to be!  Our mental coach during the Rio quad, Andrea Becker, shared a strategy to stay outward focused.  Where are you looking?  She told us that when we become inward focused, we often look down, eyes to the floor. The simple awareness to look up accesses a part of our brain that helps us stay in a more positive state of mind.  She also encouraged us to “say something, touch something” and just physically work to stay out of our own minds.  When we get caught in that space, it isn’t liberating in any sense; we usually get more analytical and more in our own way.

For me personally, I learned to fall back on my competitive drive.  Described in my post on GRIT (check it out!).

What does it feel like to play in a full stadium?

Exhilarating!  It’s always fun to play in a sold out arena filled with people who love what you do.  I have been in lots of crazy environments, but one of the craziest was in 2015 in Iran.  We had a 7 pm match and entered the arena at 5 pm and were escorted to our locker room.  The hallways were dark, but the place was already full and LOUD!  We were in some dark, dingy, hallway making our way under the arena to our dressing room and they were absolutely shaking the entire structure.  It had a “coliseum” or “gladiator” type feel.  There never relented either. They were screaming and on their feet until the match was over.  My ears were ringing for hours.  Pretty epic.