What I Think About BEFORE I ATTACK the BALL 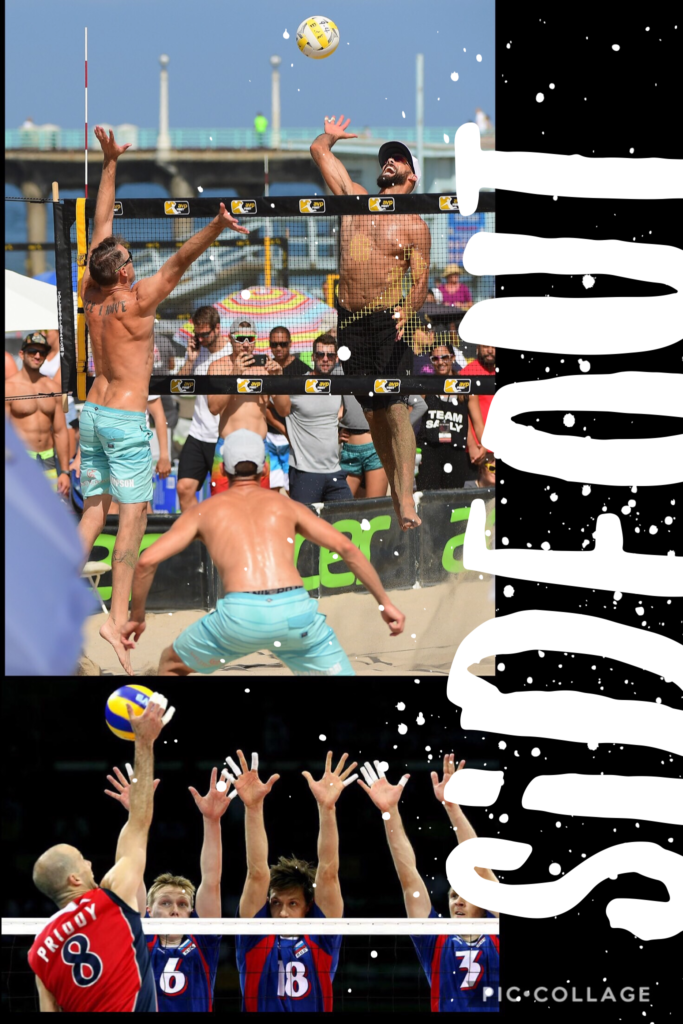 A friend and I are trying to level up our sideout game and in doing so, hope that what we learn about our own sideout game, will translate into usable knowledge of how to create certain looks on defense and force guys across the net into the positions we want them to be in. This is the beginning of this conversation.

“What are all the things that have an impact on your attack?” This can be anything, like position of the set, temperature of the sand, size of the crowd, whether the moon is aligned with Saturn, etc..”

I am going to start this exchange by first talking about what I would do in indoor.

Before the match ever started, I would study game film of my opponent. I would be studying all sorts of things, but from an offensive standpoint, I would first try and notice how they (my opponent) defended other teams. What blocking schemes/systems do they employ and what are their strengths and weaknesses.

With that in mind, I would have a general sense of how I want to play against them. Are they an easy serving team, which would translate into a lot of “in-system” balls or is it a team like Russia, where I will spend most of the night hitting high balls? In that case, which player is directly in front of me will play a huge role in my decision making relative to my attack strategy.

I will observe their back court defense as well to see if they leave any gaps or holes. This would help me identify potential “outs” in case I am not in an ideal position to be aggressive and try to score but rather “place/tip” the ball in one of those empty zones (typically I like to find the setter. If the setter plays the first contact, a non-setter will be setting and it will result in a high ball situation. So you have cut the offense in half already just by making the setter play the first contact).

All of that happens before game day. In the match, before the server makes contact with the ball, I am taking inventory: What rotation are they in? Who is in front of me? What is the play call my setter is running with the other hitters?  Who is serving? Etc…

Then, based on the location of the pass and if I am in-system, I will roll into my approach and go from there. By-in-large, I don’t want to make ANY decisions from an execution standpoint…I simply want to get my feet to the ball and ensure I have all available options. If there is a weak wing blocker, I will be leaning towards a line-hit but I still want to avoid being “shot committed”.

You can see, so much happens before the actual action that goes into strategy and decision making. The decisions aren’t being pre-made but I can rely on instinct in the moment knowing that I have a really good sense of what the other team is doing/going to do…that coupled with my knowledge of high percentage shots/position/sets and low percentage situations, I will utilize simple pattern recognition and draw upon prior knowledge to help make a good decision.

I absolutely will have a gameplan but want to avoid making a decision too early…its best to maintain the same look (relative to your approach) and maintain a dynamic, behind the ball route, creating a postion where you have range (all shot options).

How does this translate to BEACH? – Good question but I think there would be lots of parallels. I have been working very hard on my sideout game the last couple of weeks. First and foremost, I am being very very mindful and intentional with WHERE I put the pass, that seems to have the biggest impact on sideout success.  After a good pass, I am working on an “I-formation” approach (on the right) where I am taking a few steps “in and back”…lengthening my approach and maintaining an “In to Out” approach versus and “Out to In” approach. I seem to have all the range when I do that and don’t have to depend on the setter pushing the ball to my right shoulder.

Obviously, wind, sun, opponent, ball type, are all relevant factors….each of those factors will change the strategy on both sides of the ball.

With that, let the conversation begin!