GRIT: Wavering Confidence and the Power of Will 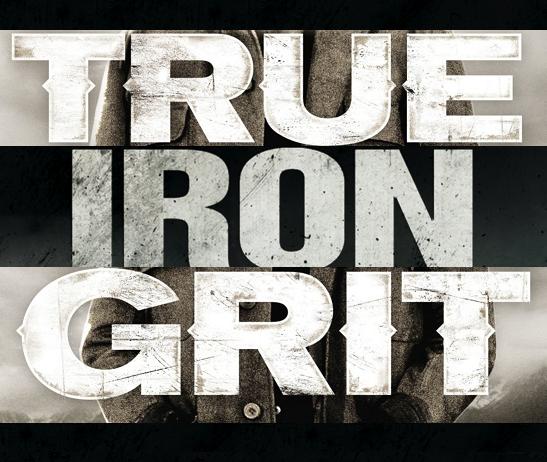 GRIT: WAVERING CONFIDENCE AND THE POWER OF WILL

Grit is an in vogue term. Rightfully so, as it is a valuable attribute. It’s defined as a “non-cognitive trait based on an individual’s passion for a particular long-term goal, coupled with a powerful motivation to achieve their respective objective”, the hard working, never say die attitude. It’s something that any successful group or team needs to have at some level.  Admittedly, what I write is anecdotal. It is known by application in the field (or on the court) versus research in a lab.  So I share my experience and believe that in doing so, there will be plenty of applicables for you, but I will avoid trying to connect the dots specifically.  I’ll leave that up to you.

It might surprise you to learn that I never had a ton of self-confidence growing up.  In fact, my first two major breakthroughs as an elite volleyball player came from external influence, through prodding or encouragement received from others, not from internal fortitude.  In those moments I thought, “if they believe it, maybe I should too!”.  I wish I could write that I dug deep and slayed the demons in my own mind that kept me timid, fearful or insecure, but that didn’t happen. Those instances whereby a coach, teammate, or someone I respected believed in me, helped me push through and start agreeing with them, but ultimately that could only take me so far.

At the same time, or soon thereafter, I started to notice a different internal system at work.  It was strong.  Unbridled, it would lead to weird outbursts and emotional tantrums (usually directed at referees). There was drive, a will and determination that was focused on one thing…overcoming. This force, I came to understand, was a stronger system than my self-confidence.  I might not have felt that I was in the same realm as a Giba or Grbic or Papi, but that did not stop me from trying to beat them. 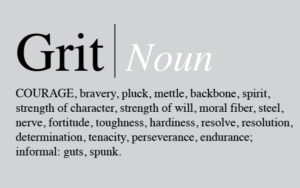 I was never on elite teams and didn’t win too much in college or early as a pro, but I never accepted defeat as if that was where I was supposed to be. I was compelled to do all I could to improve, and how I felt about myself began to fade and become irrelevant. What mattered was what needed to be done.  How was I going to close the gap between myself or my team and our opponents?  How were we going to win the next point? The more I became aware of just how strong that internal force was, I knew that was the place I needed to be when I stepped foot on the court.

I eventually learned how to channel that drive. As I matured (which will be another couple dozen blog entries:), the outbursts (that I am now incredibly embarrassed by) were tempered, and the motivation to do whatever it took to win that next point completely dissolved any feelings of insecurity or mental waverings. In fact, it was this motivation that would form my eventual strong work ethic. It drove me.  I had work to do to win points…they were not going to be given for free.

Whenever the chatter (be it from a coach, a teammate, the press, the owner or sponsors of a team or critic) would get loud and the pressure would mount, I would find a corner of a coffee shop, pull out my journal and remind myself of what I was setting out to do, which would tap into that DRIVE.  The chatter would fade away, as I KNEW that my will to win was stronger than anything. I wanted to win more than they wanted me to perform or do whatever. The rest was insignificant. 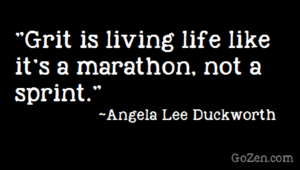 Once I began to “live” in that place more and more it had a great affect on my confidence. I might not vote myself player of the year, but I would undoubtedly put myself in any high stakes match anywhere in the world at any time over the best of them!  In fact, I’ll lace ‘em the up right now! I became confident that I had everything I needed for any given situation…and if I didn’t, I would figure it out.  Now, I was mentally strong. In fact, I found that the higher the stakes, the more that drive would manifest and my focus would heighten.  I did not positively “think” my way into being a stronger player or try and construct an image of myself that was strong, I simply wanted to win.   I channeled the internal drive to win and let that fuel how I operated on a day in and day out basis – how I trained, how I competed, how I lived.   I call this commitment to overcome at all costs “GRIT”.

So if you are struggling with self-confidence, you aren’t alone.  Maybe try to take inventory of your internal systems and see if you can find another drive to develop.  Know that IT, when fostered and paired with hard work and maturity, will overpower any internal sabotaging that might be taking place by your critical self.